In the latter half of the 19th century, a narrow-gauge rail line was proposed from Westport to Achill. Known as one of the ‘Balfour Lines’, this was completed in stages between the years 1894-1895. In an era where road travel was appalling and difficult this line proved to be an incredible success initially.

While the rail line was of great economic and social benefit it did not reach the levels that was expected of it. With the improvement of the road network and the increase in automobiles the passenger numbers diminished until in 1934 the rail stopped carrying passengers. Freight continued to be carried until 1937 when this too was ceased.

For more information on the history of the Railway, Jonathan Beaumont book “Rails to Achill” is available for purchase from local bookstores. 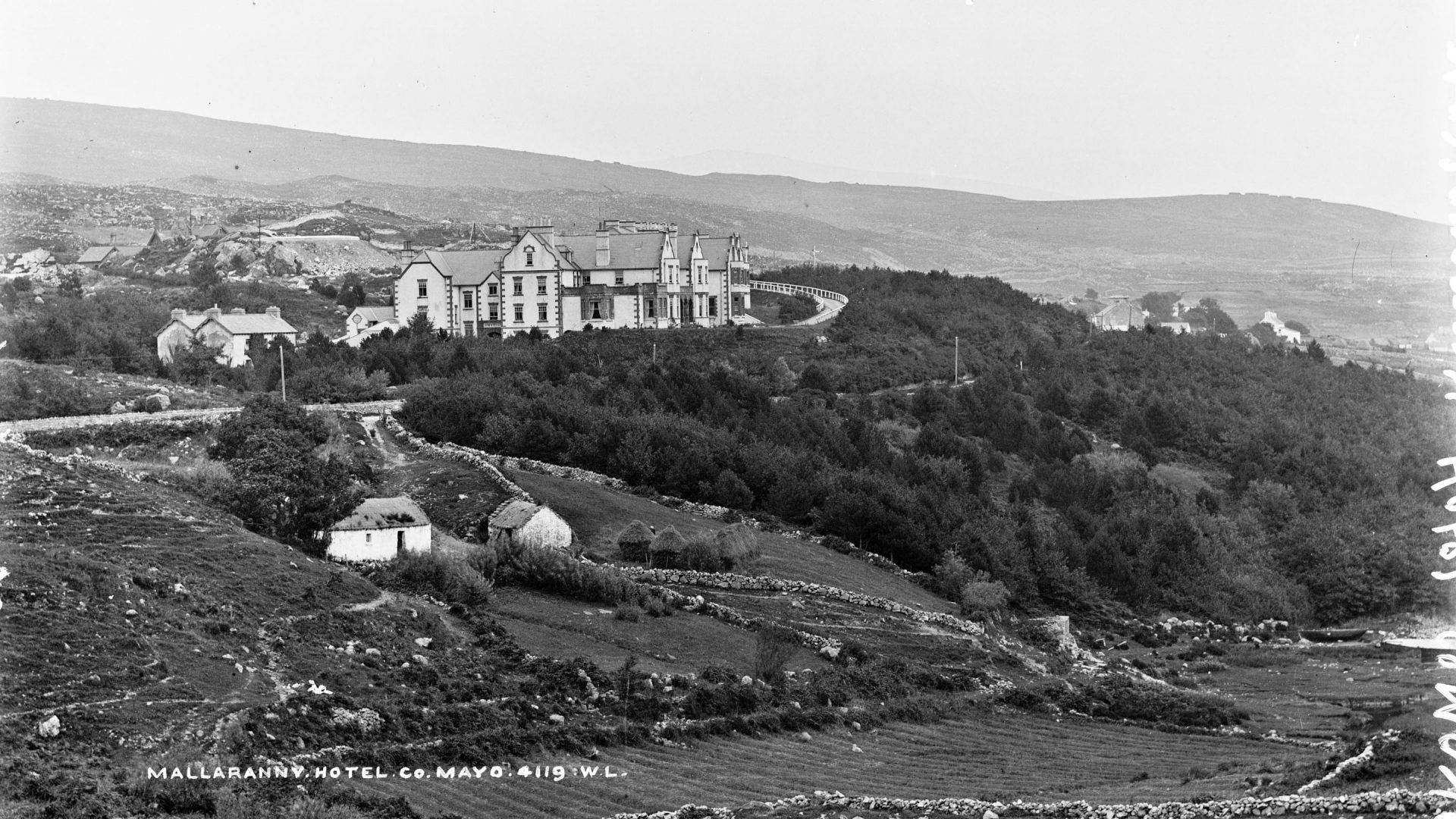 History of the Great Western Railway

In the 1890s a new line was built linking Westport to Achill Sound, known as Balfour Lines. Arthur J. Balfour, Chief Secretary of Ireland between 1887 and 1891, introduced an Act providing State assistance for the construction of light railways to disadvantaged areas in Ireland and the line Westport-Achill was proposed. The first track, opened in February 1894, covered the distance between Westport and Newport, followed by Mulranny in August 1894.

The following year the last track Mulranny-Achill Sound was inaugurated on 13th May 1895. The whole area benefited from the new railway line and towns prospered. The tourism, trade and postal system improved and new jobs were created in the construction and maintenance of the railway. It is said over 1000 men were employed. Goods, such as eggs and fish, were easily carried up to Dublin on daily basis and more turf was harvested and sent from Achill to Dublin. 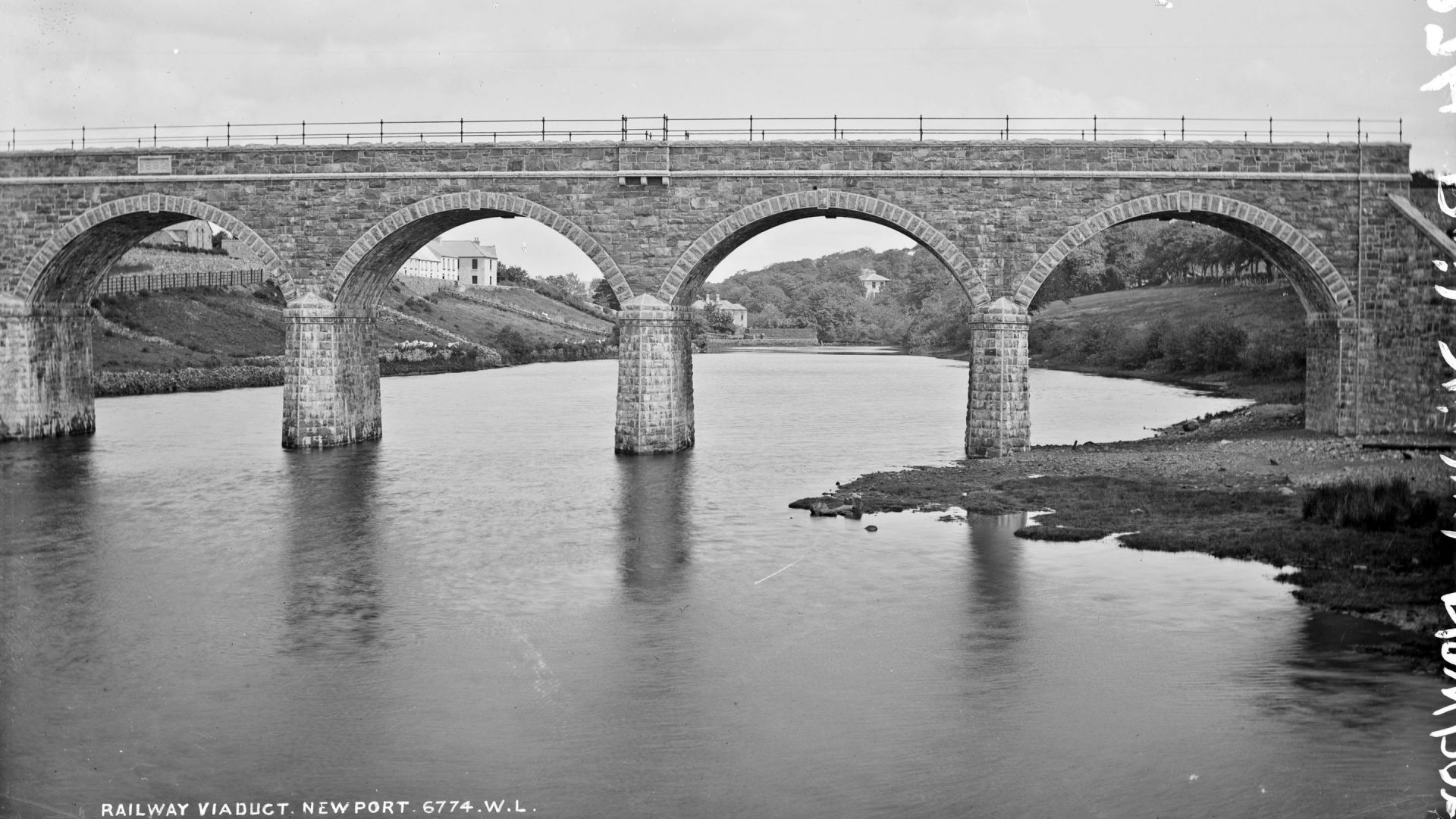 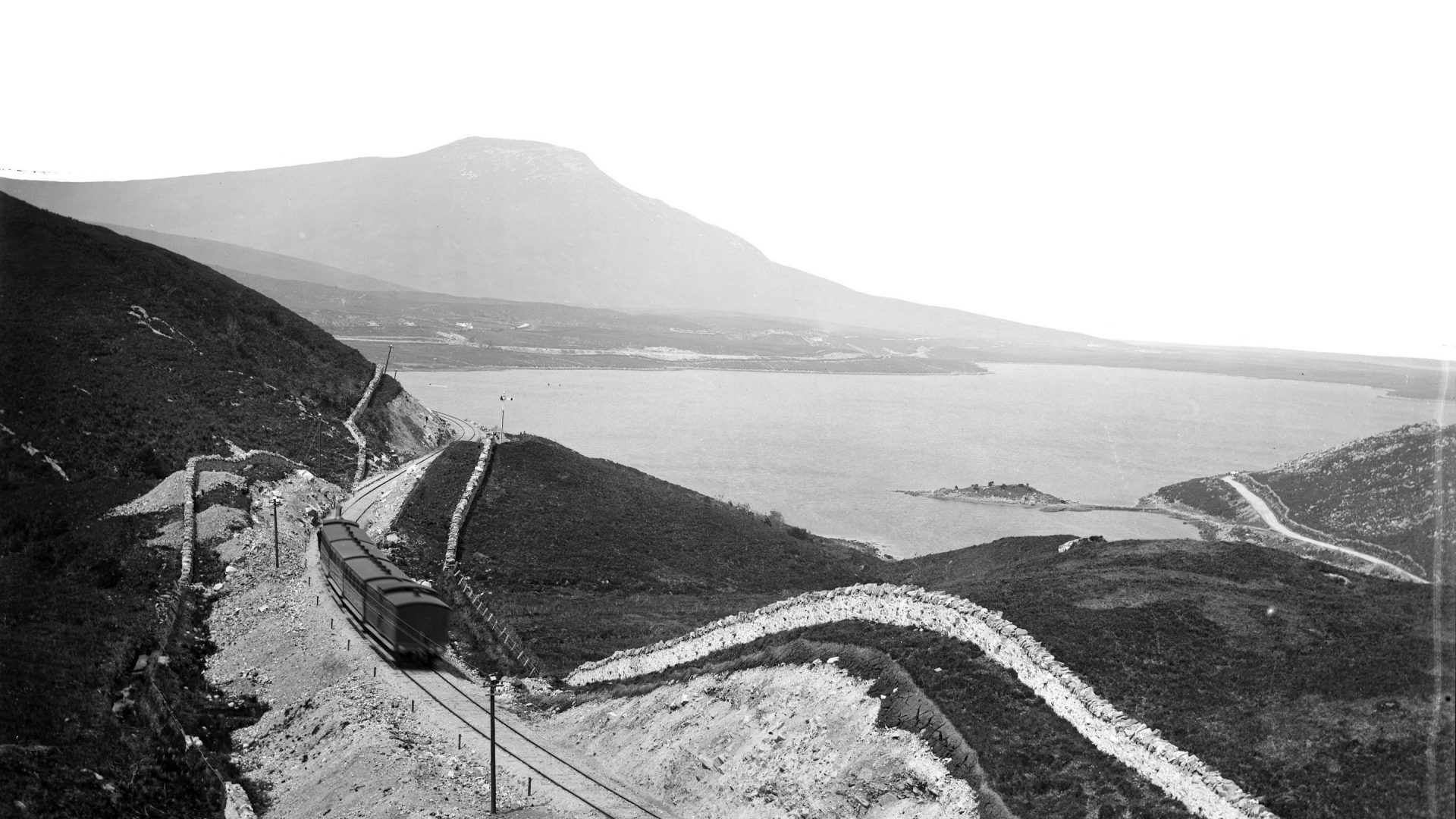 The Irish railway companies became involved in the hotel business and the luxury hotel, nowadays known as Mulranny Park Hotel, was built and opened in 1897 and from 1898 a combined rail and hotel tickets went on sale. The hotel was equipped with electric lights, hot and cold water baths and a seawater swimming pool. Guests could easily have access to beaches, golf links and boats walking a causeway from the hotel to the main amenities across the bay.