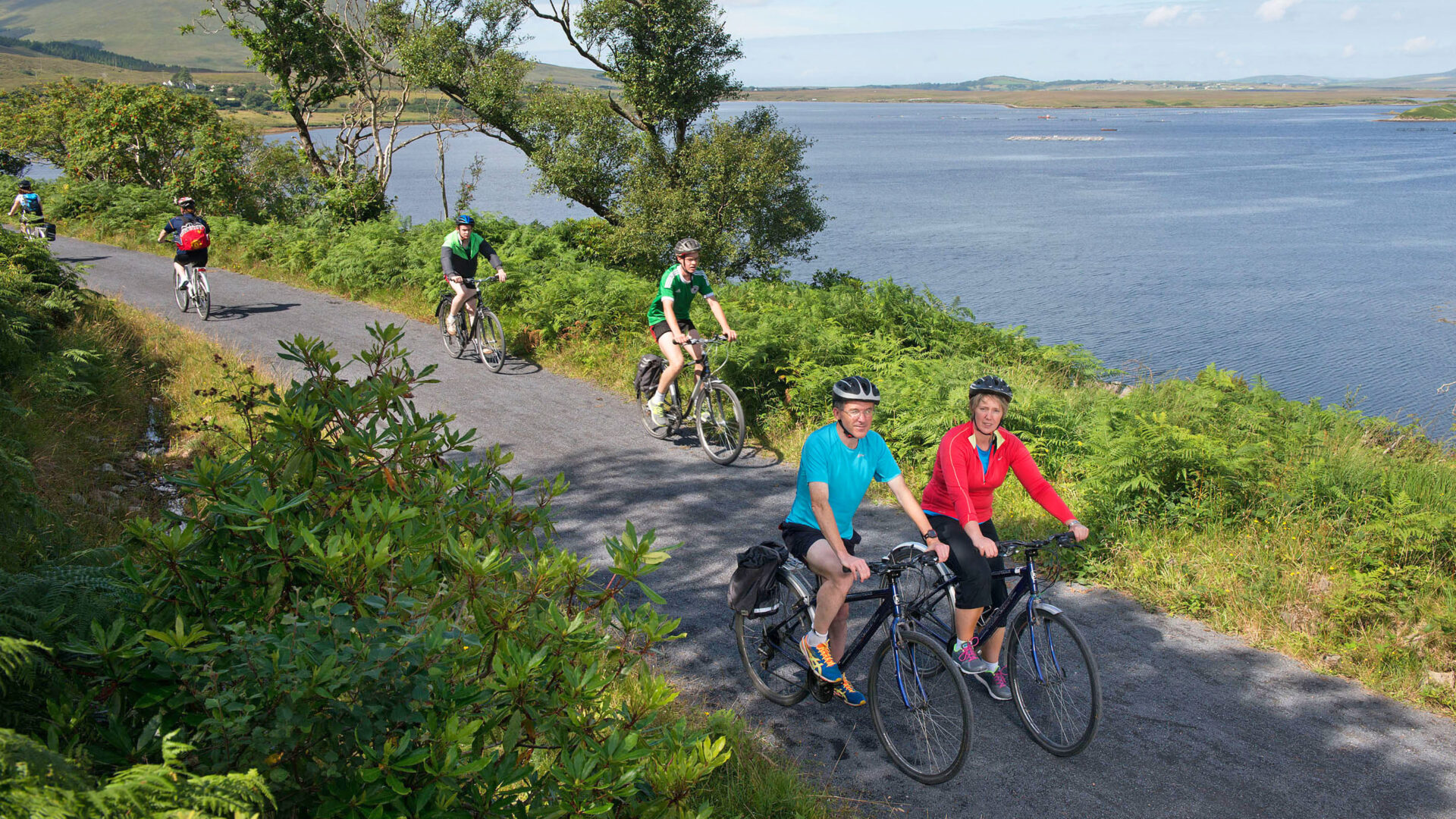 The 14km Mulranny to Achill Section forms part of the World Class Great Western Greenway (Westport – Achill), a 44 km traffic free cycling and walking facility which primarily follows the line of the famous Westport / Achill Railway, which closed in 1937. Its development has been made possible by agreement of local landowners who have allowed permissive access to users to pass through their lands.